On Tour with Madonna: Mike McKnight and MOTU

This year's Mega Summer Tour season is in full swing, and Madonna is on the road again to promote her most recent album release, "American Life". Like many top artists, Madonna mixes studio-produced tracks to support her highly choreographed live performances and the musicians on stage.

Mike McKnight produces those tracks, and makes sure they sound great at every show. In fact, Mike has programmed every major Madonna tour using a MOTU system driven by Digital Performer. We recently caught up with him during Madonna's Re-Invention tour, in an interview directly beneath the stage, to get the latest details about his setup.

What was your hardware setup for the Madonna tour?

I have two MOTU 1296 audio interfaces, and four MOTU HD192 interfaces for the three computer systems that run the show. I also use two 828mkII interfaces as mixers for my live synths. I use one and keep one as a spare. They're connected to a G4 laptop for virtual synths with Digital Performer as the host.

How does your rig interface with the rest of the tour infrastructure? Is that a timecode master display above the rack of HD192's?

I record time code to an audio track from my MIDI Timepiece AV. Then I send that audio track through a Brainstorm Distripilyzer (a time code reshaper and distribution amplifier) to video and lights.

Why have you chosen MOTU gear instead of other solutions for the high-pressure live-performance tours you do every year?

I use MOTU gear because it's solid, reliable and sounds great. The MOTU stuff is still my first choice on tour.

Why do you insist on using Digital Performer?

I am very secure with the stability of DP. I can't have a crash or even a hiccup ever, so I won't change from DP—period.

You are a talented keyboard player in your own right, and you have your own keyboard rig beneath the stage. Do you play during the show?

I play when needed, not as much as on some tours, but enough to keep me busy.

This show, similar to Madonna's last tour, is heavily choreographed and includes continuous video. Did you have to cut audio to picture, or did they cut video to audio, or was it a bit of both, depending on the song?

Video is always cut to audio. I'd give them a CD with time code on the right and a rough mix on the left. It worked great!

What happens when you start the show?

I send timecode to lights and video, and once we start it runs for 45 minutes straight, non-stop. Then there are about seven or eight individual songs, then finally another stretch of 30 minutes or so to close the show.

I see Digital Performer on the screen there. Is that your show file?

Yes, let me show you. As you can see, there are tons of tracks. In addition to the backing tracks, I've got everybody's part for the entire set. In case somebody in the band gets sick, I can just fly in their part. This file is now very consolidated. For a while, the show was just enormous. All the stuff I had to have in here – I had to keep paring it down.

Even consolidated, it looks like you have at least 100 tracks in there.

Actually, I have plenty more than that. Let's take a look. Here, I'll select all and copy, and the clipboard tells me how many tracks. (Mike copies the tracks.) 250 tracks in this sequence. It works great!

Wow. And this is running on what?

This is a Power Mac G4 running at 466 MHz, equipped with the MOTU PCI interfaces, and this file runs for 45 minutes straight. I let it run free with no sync because I'm the time code master for the show. I could probably get better sync between my main system and my backup systems if I used the MIDI Timpiece AV as a word clock master, but this system works. And it allows me to have three rigs: the main system and two backups, all running side by side, independently. They have to be completely independent. I can't have one thing in the chain, such as a clock master, bringing the whole thing crashing down.

It also gives me the flexibility I need. For example, Madonna will sometimes forget that whole show is on a strict timecode time line. She'll get excited and start talking to the crowd, and she won't come in singing when we're all expecting. When that happens, I instantly switch to my B system, get the A system back on track, and then switch back to the A system, while on my headset telling the video and lighting guys, "Hey guys, time code is jumping back four bars, get ready!" When Madonna decides to add four bars to the intro, then we add four bars to the intro. That's just the way it has to be with a superstar. And this system gives me the flexibility to do these things on the fly, while at the same time feeding time code to the entire rest of the show.

In looking at your set list, there are notes about cueing and so forth. What cueing features are you using in DP and how does that work?

Within the seven or eight separate songs, I have to turn auto cue on for a couple songs because I'm playing a lot and need to have DP switch to the next songs and start playing immediately. In rehearsals we chose to keep these songs separate, but during the show there is a predefined amount of space between songs that can vary a bit from show to show.

Do you have one master DP file for the entire show or several different files?

After extensive editing in rehearsals of each song in separate files, I combine them into one big file for the last couple weeks of band rehearsals and production rehearsals. I need to be able to quickly and seamlessly go between songs, and make whatever edits immediately. Madonna is really good to work for, but she demands results, so I have to work quickly.

And you put on a great show, too, Mike. Thanks for taking the time to talk with us.

The award-winning 16A: on tour with Miley Cyrus and Usher 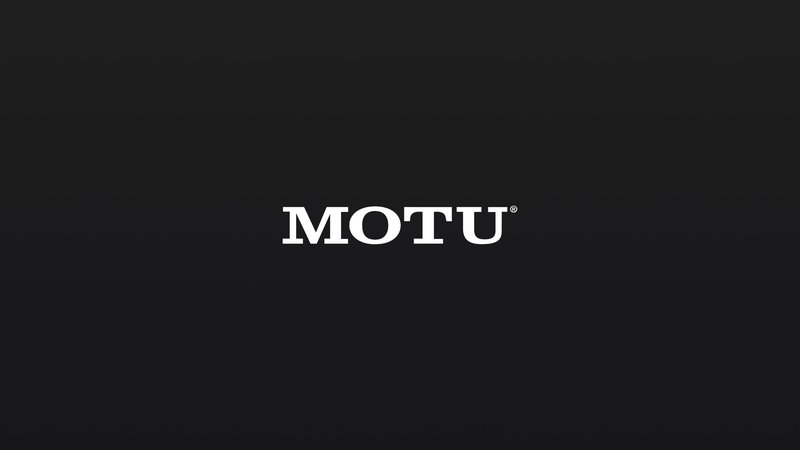