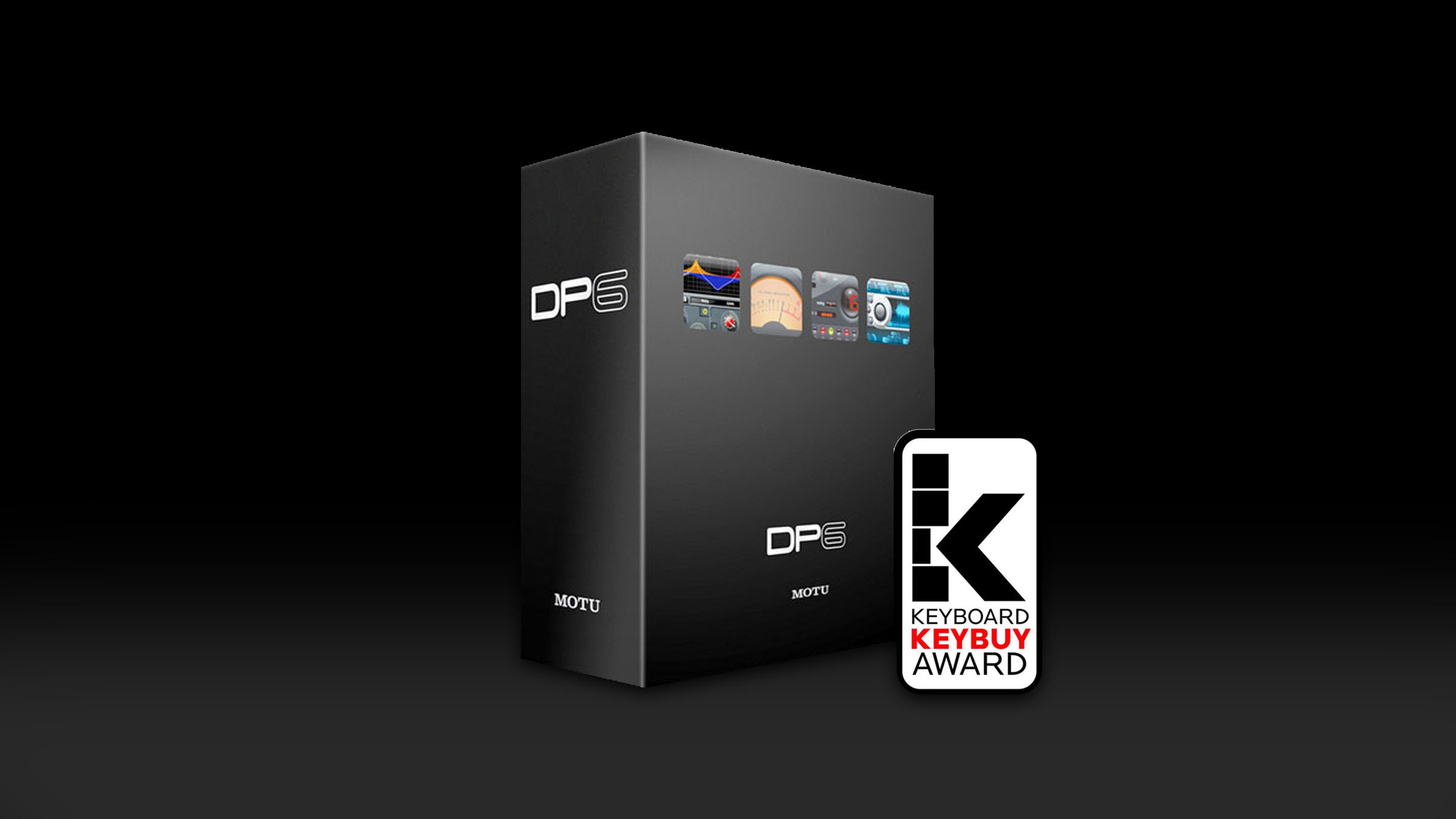 DP6 is making serious waves, and the press are especially loving this latest major upgrade of Digital Performer. So much so, in fact, that Keyboard Magazine awarded DP6 their elusive Key Buy Award in their January 2009 issue, while MusicTech magazine gave DP6 their CHOICE Award in the January 2009 issue. Read on to hear what the critics are saying (and raving) about DP6...

On the new interface

"Experienced DP'ers will find the new look fresh yet familiar...the new design truly streamlines the processes of creating and mixing music — without reinventing the wheel. In fact, as a hardcore 'DP guy' myself, I was surprised by how easily I migrated to the new way of things...I love the new interface..."

"It's a refreshing departure from the old look, without breaking the form and function of the program. It is akin to DP's switch from OS9 to OS X? Not nearly as radical, but the result is the same: It's familiar, but better."

On the MasterWorks Leveler

"The real LA-2A is known for attack and release behavior that 'smooths out' a track's dynamic peaks in a pleasing way. Leveler meets this expectation, and offers four flavors of response time: Modern Fast and slow, and Vintage Fast and Slow. having these options made Leveler useful on a variety of recent sessions — for vocals and electric guitar, I preferred slower response times, but for the drum and stereo busses the faster responses gave me the best results. In all cases it was clear that Leveler gave my tracks more 'density,' attitude, and vibe."

"ProVerb is a CPU-efficient convolution reverb with a wealth of included impulse responses...ultra-realistic acoustic environments, and ProVerb even has full surround capability...There's quite a bit of sonic territory to explore here."

"Here's how it works: You're free to play and sequence parts, but when you close an instrument's plug-in window, DP begins rendering the output into RAM. It's pretty cool to click that window shut, see the CPU meter drop, and know you can keep piling on the synths. Another benefit: You can include pre-rendered instrument tracks in a bounce-to-disk without freezing them first."

"Whether you're a film composer, soft synth junkie, audio editor, or songwriter, DP6's technological advances and bang for the buck make it a Key Buy."

"This works brilliantly, and compared to comping features in other programs, MOTU has sets the standard for functionality and ease of use. Nice job!"

"This greatly streamlines shuttling projects between Apple's pro video app and DP6. In my tests (I worked with several short TV commercials in Final Cut Pro 6), audio regions and edits transferred perfectly between the two programs."

Why get DP6 instead of another DAW?

"Many composers consider its track comping and scoring-to-picture features to be the best in the business. The new UI doesn't just look great, it makes DP6 very easy to use. DP6 also works tightly with MOTU audio interfaces, which are scalable — you can start with one box then add more as your needs grow."

On the Key Buy award

"Aesthetically and functionally, Digital Performer 6 is a major leap forward from previous versions, and on many levels its changes and new features make creating and producing music easier...The new comping features make audio editing easier than you should let your paying clients know about, and since I've been using them, I can't imagine comping the old way. Pre-gen lets you run lots more soft synths without upgrading your computer — this is huge! Whether you're a film composer, soft synth junkie, audio editor, or songwriter, DP6's technological advances and bang for the buck make it a Key Buy." 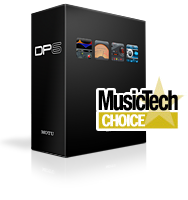 On the new look and feel

"With its updated interface, Digital Performer 6 certainly looks far more classy than previous versions — considerably sleeker and brighter. What's more, as you get to know it — which doesn't take long — you realise that the changes and tweaks make it much faster to work with."

"It's been done with MOTU's usual flair — the company has made a superb job of implementing it. After a succession of takes it's a simple matter to 'show' them one below the other, make split points with the new Comp tool and then click the required sections to create a composite take."

"One of the most important new features in DP6 is, without doubt, the pre-rendering of instrument track outputs, which provides significant performance gains for virtual instruments."

"One of the most important new features in DP6 is, without doubt, the pre-rendering of instrument track outputs, which provides significant performance gains for virtual instruments."

"We recorded ten instances of u-he's Zebra 2 using a MacBook (1.83GHz, 2 GB RAM)...once pre-generation was enabled, both CPU levels fell dramatically, to 5%. That's a fall of 70% under playback, which is quite remarkable. The implications of this speak for themselves: less or no track freezing and, possibly, more mileage from an existing computer before the inevitable upgrade."

"...Proverb — which is very CPU-efficient — has some interesting features. For a start, all of its parameters can be adjusted in real time (convolution reverbs typically take several second to modify the impulse response)."

On the MasterWorks Leveler

"...it's very simple to operate, works beautifully and is recommended for use on vocals, bass and full-programme mixes. We obtained good results tracking saxophones."

On the MusicTech CHOICE Award

""Verdict: 9 out of 10. Always a first class audio/MIDI sequencer, Digital Performer 6 deserves serious consideration if you're looking to purchase a new DAW."

"Whether you're a Digital Performer power users, an outsider looking for a better creative DAW solution, or a shiny-eyed new audio warrior ready to start a career, Digital Performer 6.0 is very good news all-around."

On the new look and feel

"I personally LOVE the new look — it feels as new and bold as the transformation underneath — it is a joy to work in and seems to inspire something in me...In general all windows look cleaner and information is easier to see."

"The new Track Comping feature is a major shift towards DAW supremacy. This comprehensive feature offers limitless comping possibilities and the ability to create a comp with just a few clicks."

"Never has it been easier to create a preview CD for a client and drop it off at FedEx. With this added feature along with DP's powerful Waveform Editor, it is safe to call Digital Performer 6 a fully fledged mastering application."

"I myself use DP6 at least eight hours a day, and there is no end to the level of creativity and magic one can conjure up for music and film production. For voice and dialogue work, DP6 is simply the best tool on the planet for my needs. If you are an existing user, you'll work faster. If you are a new user, you'll learn Digital Performer quickly and easily."

"DP6 delivers significant performance gains for DP's included MAS instruments and third-party Audio Unit instruments alike...You'll use instruments in the same familiar way, just more of them at the same time....the ability to bounce a VI is amazing, and something I never thought would be possible."

"While convolution reverb is known for its realism, somehow ProVerb is frighteningly processor-efficient for such a dense and detailed sound, and always seems to amaze me in comparison to similar plug-ins such as Altiverb and Waves IR1.Particularly when what might take 10 seconds in other convolution plug-ins occurs in real time in ProVerb! ...Current convolution reverb plug-ins of this caliber easily cost as much as DP6 itself — think about it."

"Seriously — this is a tool that has already changed the way I cut music and audio for picture with my clients running FCP...this is a huge breakthrough for those of us using DP to edit and mix sound for picture. These time-saving features offer the possibility for a quantum leap forward in up-to-the-minute delivery of changes to music and sound for picture — thank you MOTU."

"Digital Performer 6 is simply amazing, and is easily the most stable version to date. I myself use DP6 at least eight hours a day, and there is no end to the level of creativity and magic one can conjure up for music and film production. For voice and dialogue work, DP6 is simply the best tool on the planet for my needs. If you are an existing user, you'll work faster. If you are a new user, you'll learn Digital Performer quickly and easily. With amazing advances and new features, two new monster plug-ins, interleaved Broadcast WAV support and Final Cut Pro integration, Digital Performer 6 is my (not so) secret weapon in the ongoing mission for stunning music and sound production."

"As is the MOTU way with new features, this one is exceptionally flexible, and should be able to deal with pretty much any conceivable comping situation, whether vocals, guitar solos, spoken word, or anything else. It also works well for multitrack audio, when you're comping multi-miked drums for example."

"It works phenomenally well, bordering on the miraculous. ...the ramifications of instrument and plug-in pre-gen can hardly be overstated. This is a feature which seems to rewrite the rules on what we can expect from a single Mac running software synths and plug-ins. It also breathes life into old Macs — they suddenly become much more capable than you ever imagined they could be! ...if pre-gen's CPU gains weren't exciting enough, there's a knock-on benefit in that instrument tracks can now be included in a bounce-to-disk operation (like you'd do when producing a master audio file of your sequence) without freezing them first. It's a win-win situation."

"Putting it all together, DP6 is a fantastic achievement."


The final word from Sound On Sound for DP6

"In my view, DP6 is far from being a mere 'marketing update', but is a milestone in the application's development. The combining of instrument pre-gen and plug-in pre-rendering is arguably the most important single development ever in DP, because it allows you to do so much so easily, and banishes any suggestion that the application is less efficient and capable that its rivals."

"Putting it all together, DP6 is a fantastic achievement. It continues the tradition of delivering those under-the-hood, not-very-sexy improvements that actually make a major impact on the user experience, but also comes through big-style with some flagship developments that put DP right on the cutting edge." 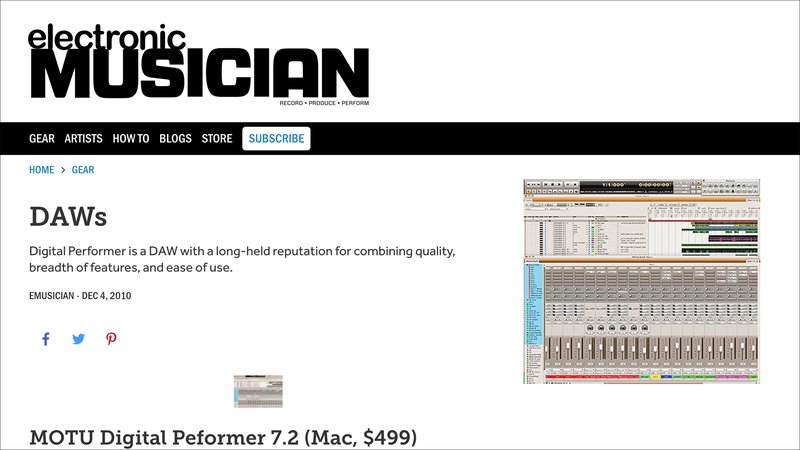 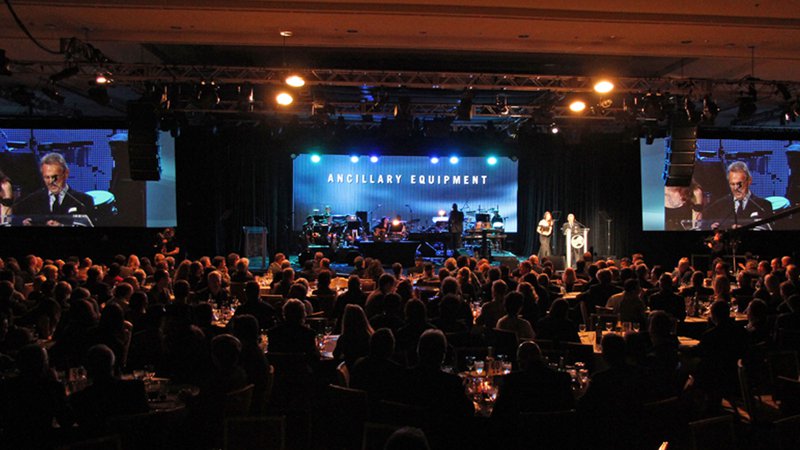 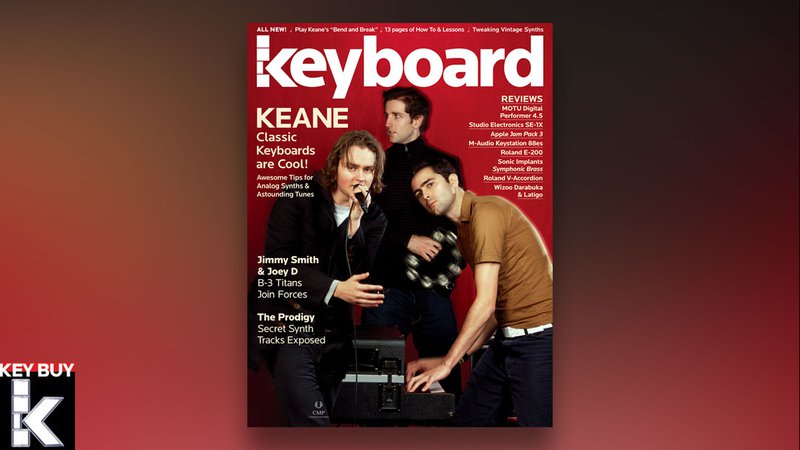